Sitemap
Slovak version
Who we are

In the early years the working people of the Hronec village were associated with iron production and processing. With the arrival of Thomas Pile a Roman Catholic priest, in 1838, a significant national-revival movement began to develop among workers at a time of strong Magyarization or Hungarianization. This nationalist laid the foundations of culture and music in Hronec. He bought two trumpets to increase the effect of religious festivities. 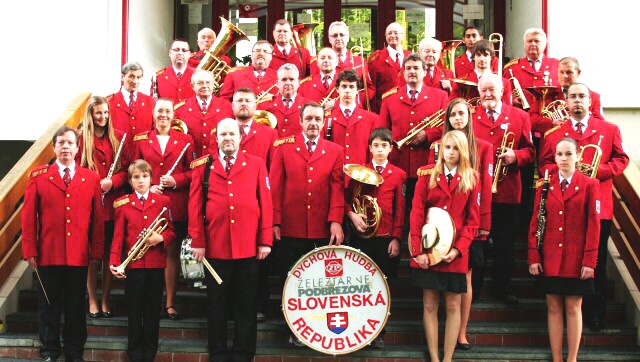 The brass-band was established in 1838, when Thomas Hromada organized fund raising for the purchase of instruments for a 12 to 13-member brass-band music group. The Chronicle is located in the Roman Catholic Rectory in Hronec - Historia Domus A.D. 1778 – 1938 containing the text written in Latin from this period. The foundation charter, História Domus 1778-1938, proves the generosity of donors.

For more information on the Brass-band music please go to